I never realized winning a World Series was so exciting and exhausting. I came close to living in cities where the home team won the Fall Classic (San Francisco 2002, Boston 1986) but this was the first time my home team actually got it done.

I was lucky enough to go to:

• Game 1 of the Atlanta series where Tim Lincecum threw the complete game: a one-hit shutout. We had great seats for that game! 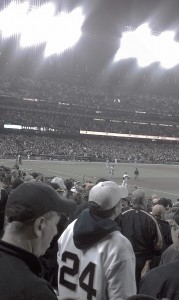 • Game 4 of the Phillies series where Juan Uribe hit a walk-off fly ball to secure a 6 to 5 win and take a 3 games to 1 lead in the series. Here is the National Anthem sung by Huey Lewis and the News with a jet fly over.

• Game 2 of the World Series where the Rangers completely melted down and the Giants scored seven runs in the eighth to crush Texas 9-0. Here are two more runs in the bottom of the eighth.

• The victory parade in San Francisco that drew 1 million and shut down the city for a day. Mayhem! 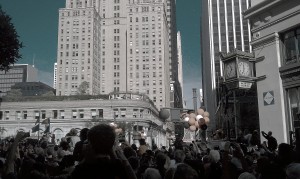 CREFC updates IRP CREFC mini conference: some good, some not
Scroll to top