Lots going on this week, including a MISMO Data Summit, federal risk retention proposals and the end of Osama Bin Laden.

Plans are full steam ahead for a C-MISMO data “Summit” May 16 at the MBA Servicing and Technology Conference in Chicago. About 75 individuals from 30 companies got personal invitations.

The Board of Governors and the MBA grouped the companies into six types: issuers, investors, rating agencies, servicers, GSEs and vendors. We split up the lists. My list consists of issuers and investors including Bank of America, Wells Fargo, JPMorgan, CWCapital, PNC, MetLife and New York Life.

“For the last several years, participation in, and funding for, Commercial MISMO (C-MISMO) has declined. Yet today our industry finds itself at a point where Commercial MISMO will be most needed, with the development of more standardized reporting systems and detailed regulatory oversight. Decisions need to be made regarding our industry’s belief in and support for C-MISMO. To strategically assess how C-MISMO should move forward, and to determine its direction, the Mortgage Bankers Association and MISMO’s Commercial Governance Committee would like to personally invite you to a MISMO Summit at this year’s Commercial/Multifamily Servicing and Technology Conference in Chicago.”

The Summit will either bring industry agreement on a common data standard with buy-in and commitment from the group, or it will be sparsely attended and/or bog down in debate with no clear agreement. I’ll report back after the conference on attendance and results.

The federal regulators issued their joint proposals for risk retention a few weeks ago. They took a hard line with CMBS. While the rules do not go into effect until April 2013, and they might change after the comment period, they include three provisions that are unexpected and problematic:

If the regulators take as hard a line on disclosure as they did on risk retention, adopting XML will be inevitable — after all, that’s what they intended from the beginning.

That being said, I think getting the disclosure requirements right is much more important than the risk retention rules. I would be happy if the regulators gave a bit on retention as long as they get the disclosure right. Hopefully the feds do as good a job on securitization reform as they did on taking out Osama.

I was as happy as anyone that we took out Osama Bin Laden. We were all touched by 9-11, and I chronicled my story in my first blog post.

The Navy Seal raid was amazing, and I am glad justice was delivered on the spot. I was in New York this week and went by ground zero to pay respects and see the progress of the Freedom Tower. Finally, the building is coming out of the ground. 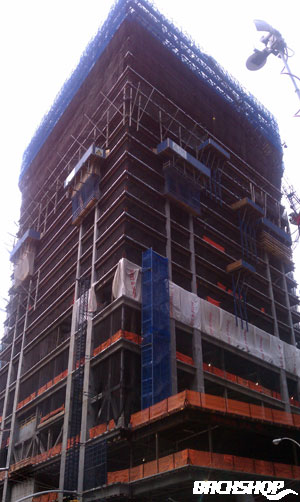