I attended the annual CREFC CMBS Investor conference in Washington DC last week, where the mood was definitely upbeat. So positive, in fact, that some people were already warning about slipping underwriting standards!

Headed back to South Beach

Perhaps the biggest sign that the market is back was the announcement that the 2012 conference will move back to South Beach from Washington DC. The conference had been in Miami for years. but moved to DC after the crash for two reasons:

2) to avoid the appearance that bailed out banks were sending their people to a party in Miami Beach. Now that everything is back, South Beach is back on the agenda. 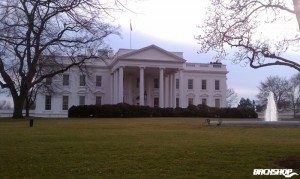 Dinner with the CREFC president

My personal highlight of the trip was a dinner where I sat next to John D’Amico, the acting CEO of CREFC and the president elect for 2011–2012.

My friend Jim Cooke, who is a lawyer at Ballard Spahr and chair of Commercial MISMO, invited me to his firm’s dinner where he had John sitting between the two of us. We spent the dinner talking about the disclosure of rent rolls to all investors and the value of XML.

By comparing XML to a “tab” in a Word document, he was able to understand the essence of XML versus Excel and understood how XML would be needed to move rent rolls.

We also talked about the value MISMO standards could bring in that process. While I think we, at some level, converted John to XML based disclosure, the fact is he does not have that much control over CREFC final policy. Nonetheless, he is a key person to get on board, and the dinner was fun. 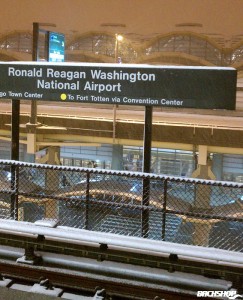 Other highlights from the conference

2011 Volume
The “pros” were projecting CMBS originations to triple or quadruple from $10 billion in 2010 to $30 or $40 billion in 2011. While the overall mood was positive, some worry there are too many lenders back in the market, and that competition for good loans is creating a “race to the bottom” in underwriting standards.

Privately, there was talk that 2011 might not be as robust as everyone thought (maybe $20 to $30 billion) but, overall, folks were upbeat and positive on 2011 prospects.

Regulatory Reform
With no word from the SEC on the securitization reform known as Reg AB (rules expected soon), the focus was on GSE reform and what the future of Fannie, Freddie and HUD might be.

Most agreed there would not be meaningful GSE reform until after the next presidential election. That being said, two distinct views of the future were offered by two guest speakers (Senator Charles Schumer, a NY Democrat and a Rep Scott Garrett, a NJ Republican).

Senator Schumer spoke about the importance of the GSEs. He believes they serve a critical function for both residential and apartments, and they should remain in place with the full backing of the U.S. government.

Representative Scott Garrett (R-NJ) went the other way with it and stated the Republicans favor privatizing the GSE and getting the government out of the housing business altogether. Not a lot of common ground there.

Parties
The parties were back! Lots of different lenders/servicers had parties and dinners, the bars were open and the buffets were full of shrimp and other good food. Last year, there were far fewer parties — another sign of the good mood this year.

Attendance
Conference attendance was up with over 1,200 people attending compared to a low of 700 people in 2009 and a high of the 1,600 people at the height of the market in January 2007.

Speakers
The keynote speaker was Tucker Carlson from Fox News. Being from San Francisco, I do not usually watch Fox News but he gave a great talk. Funny and poking fun of everyone from the left and the right. He talked mostly about politics and predicted that Chris Christie, the governor of New Jersey, would be the Republican nominee for president.

Travel
Another good reason to move the conference back to South Beach is the weather. I tried to leave DC on Wednesday but got caught up in one of the many East Coast snow storms. After hours at the airport, a missed meeting in Minneapolis, and a full day of traveling the next day, I got back to sunny California.

I am off to the MBA conference in San Diego next week and will report back after that conference. 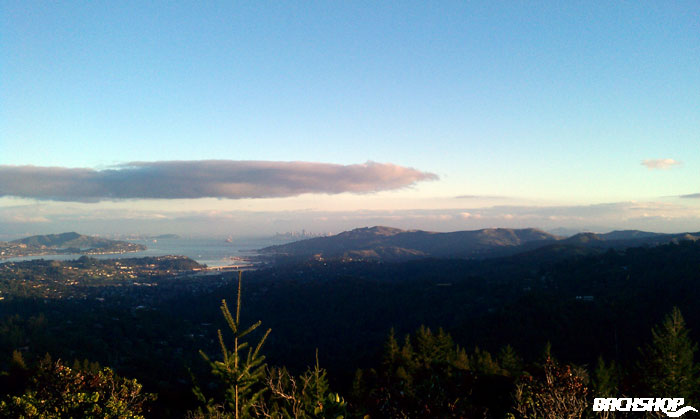 Back home. The view from Mt. Tamalpais.